Aeon’s End: The New Age introduces the Expedition system into the Aeon’s End universe which allows players to replay all of the content they own in a short campaign format. After each game, players will receive new treasures and player cards that allow them to become more powerful. However, the nemeses that players will face grow stronger and stronger with each battle. 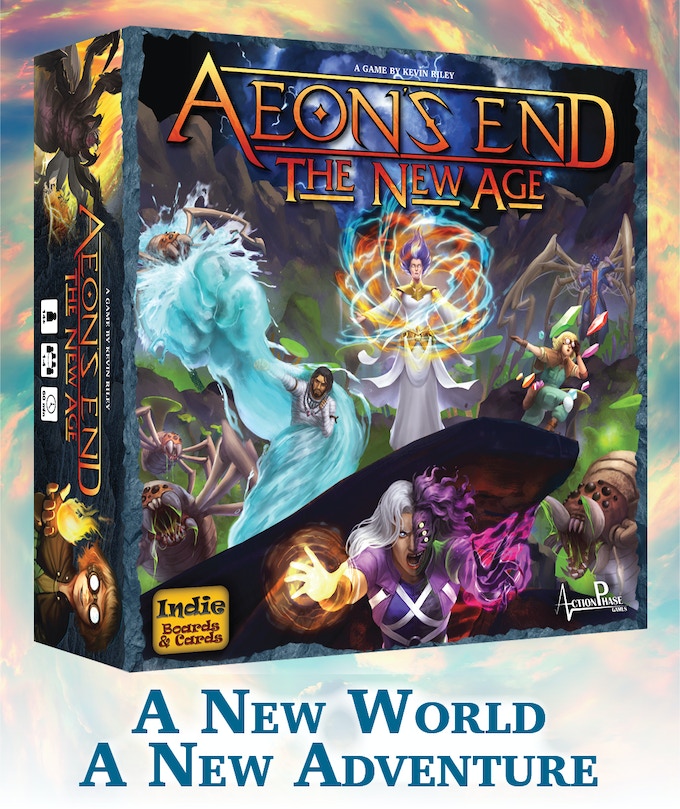 Aeon’s End: The New Age is a standalone expansion that is compatible with all of the other standalone games. All content can be mixed and matched for exciting new combinations!

Last year Indie Boards and Cards Cards & Action Phase Games released the exciting standalone co-op deckbuilder Aeon’s End: Legacy. This year we are excited to expand the Aeon’s End universe with Aeon’s End: The New Age. This expansion introduces an infinitely replayable Expedition Mode which builds on the existing Aeon’s End lore. It also includes all new mages, nemeses, as well as gems, relics, and spells that are compatible with all existing content. Aeon’s End: The New Age is a standalone expansion that can be mixed and matched with the other standalone games. If you aren’t familiar with Aeon’s End, you can check out the BGG page or watch The Dice Tower review where it was given the Seal of Excellence.