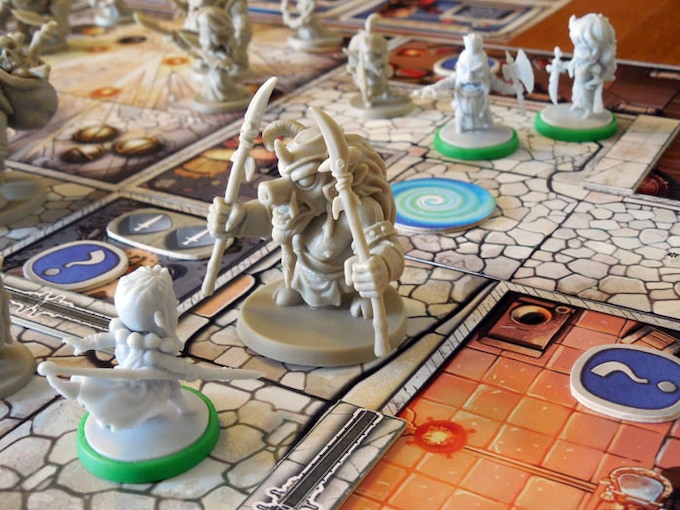 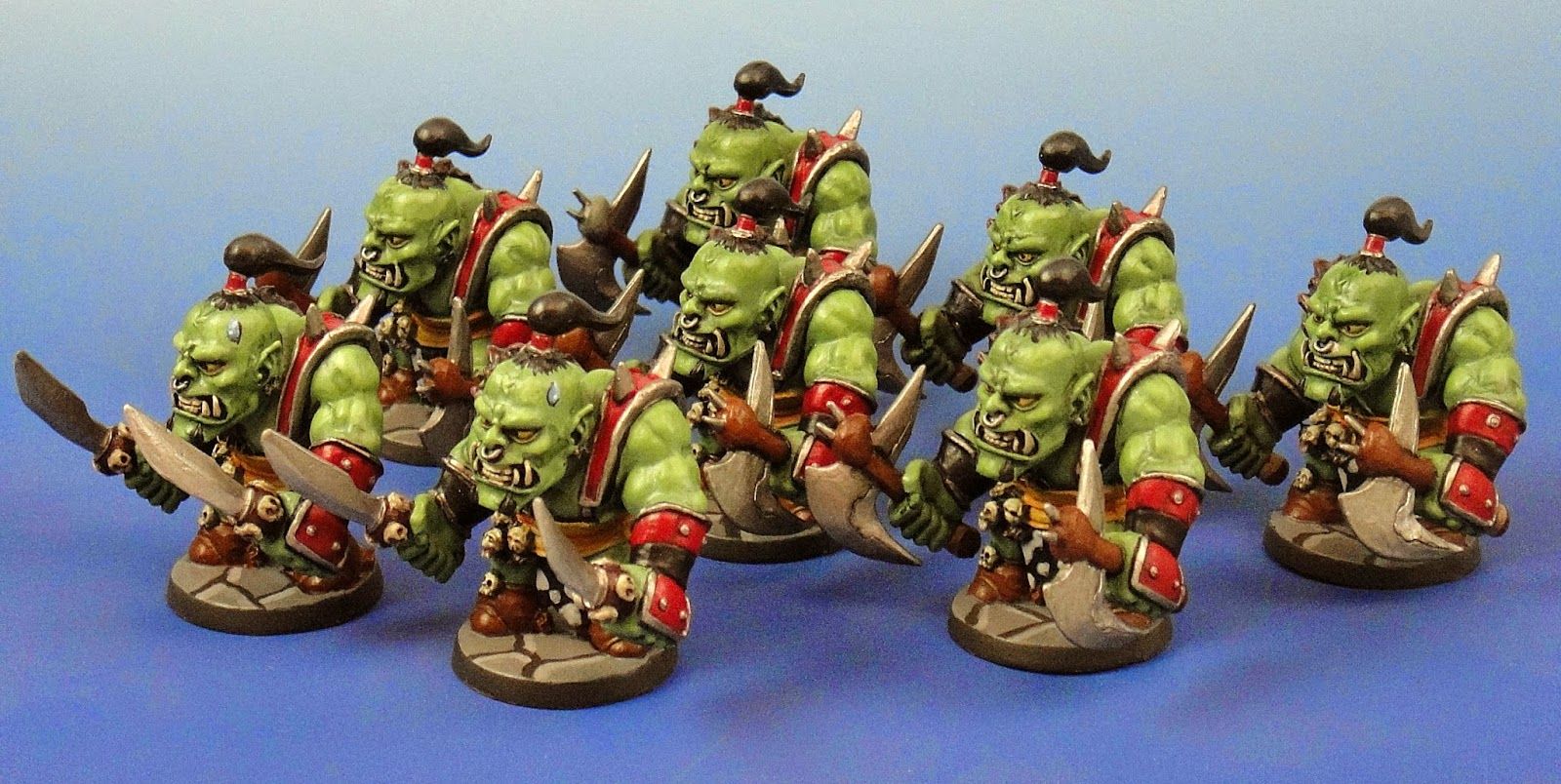 Arcadia Quest Inferno is a standalone expansion to Arcadia Quest. It is 100% compatible with the original base game and introduces four new Guilds: Sharks, Tigers, Crows, and Serpents. It features new types of heroes, such as Alchemists and Gladiators.

There is a new branching campaign system, and the storyline revolves around the guilds descending into a fiery abyss. There are Brimstone cards that make the terrain risky to navigate, which operate similarly to the Tombstone cards from Arcadia Quest: Beyond the Grave.

A new mechanism called “Damnation” will tempt the heroes with powerful weapons that can corrupt the characters over time or change the behavior of nearby monsters. Going down into the infernal depths presents the heroes of Arcadia with a new set of challenges and opportunities, in the form of Damnation!

This dark power permeates everything in Inferno, and daring heroes may want to use it to their advantage (and face the consequences). Weapons and equipment found in Inferno may become more powerful if a hero takes Damnation, monsters may offer the choice of taking Damnation instead of wounds (or flat out dealing Damnation to their target). However, accumulating Damnation may come at a high price.

Some Upgrades are more effective against heroes with Damnation, some monsters more powerful against them, and specially Brimstone cards scattered through the scenarios may activate monsters to attack heroes who dabble too much in the dark powers!

There are also Angels, which are allied characters for the heroes to rescue, escort or assist. Working with the Angels can affect the branching campaign path system and even allow the player to recruit them for use in later missions. . These secret protectors of Arcadia have been imprisoned by the Underlord, who is trying to corrupt them. If players rescue these Angels, they become powerful additions to their Guilds. But beware, the Angels that are abandoned to their fate will be consumed and come back as monsters to seek revenge on the heroes!