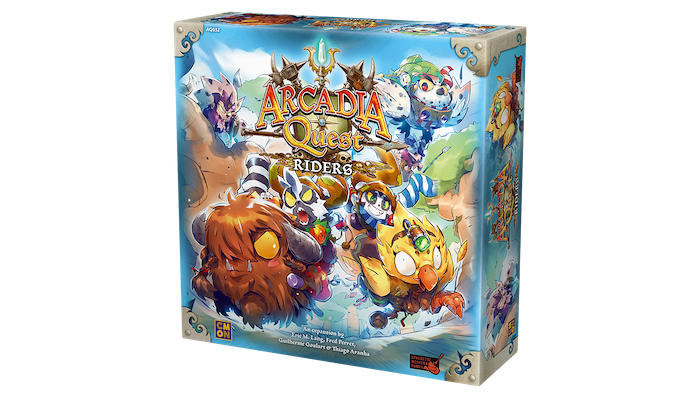 Each Guild will get a mount. Mounts allow a Hero to saddle up and ride into battle in style.

Mounts all have a shove-style ability, being able to clear other characters out of the way. They will also all have a unique ability, giving each Mount something cool they can do.

And, like the Pets, they will have specialized gear that they can use to enhance their abilities and increase their survivability on the battlefield.

The set also comes with a new 6-mission campaign.

There are alternate scenarios for use with other Arcadia Quest expansions as well: if you have the Pets expansion, there’s an alternate version of one of the scenarios that makes specific use of that material. Same goes for Beyond the Grave.

And if you have both, there’s yet another alternate scenario you can try out.