Five Tribes: Crossing into the Land of 1001 Nights, your caravan arrives at the fabled Sultanate of Naqala. The old sultan just died and control of Naqala is up for grabs! The oracles foretold of strangers who would maneuver the Five Tribes to gain influence over the legendary city-state. Will you fulfill the prophecy? Invoke the old Djinns and move the Tribes into position at the right time, and the Sultanate may become yours!

Designed by Bruno Cathala, Five Tribes builds on a long tradition of German-style games that feature wooden meeples. Here, in a unique twist on the now-standard “worker placement” genre, the game begins with the meeples already in place – and players must cleverly maneuver them over the villages, markets, oases, and sacred places tiles that make up Naqala. How, when, and where you dis-place these Five Tribes of Assassins, Elders, Builders, Merchants, and Viziers determine your victory or failure.

As befitting a Days of Wonder game, the rules are straightforward and easy to learn. But devising a winning strategy will take a more calculated approach than our standard fare. You need to carefully consider what moves can score you well and put your opponents at a disadvantage. You need to weigh many different pathways to victory, including the summoning of powerful Djinns that may help your cause as you attempt to control this legendary Sultanate.

In Small World, players vie for conquest and control of a world that is simply too small to accommodate them all.

Designed by Philippe Keyaerts as a fantasy follow-up to his award-winning Vinci. Small World is inhabited by a zany cast of characters such as dwarves, wizards, amazons, giants, orcs, and even humans, who use their troops to occupy territory and conquer adjacent lands in order to push the other races off the face of the earth. 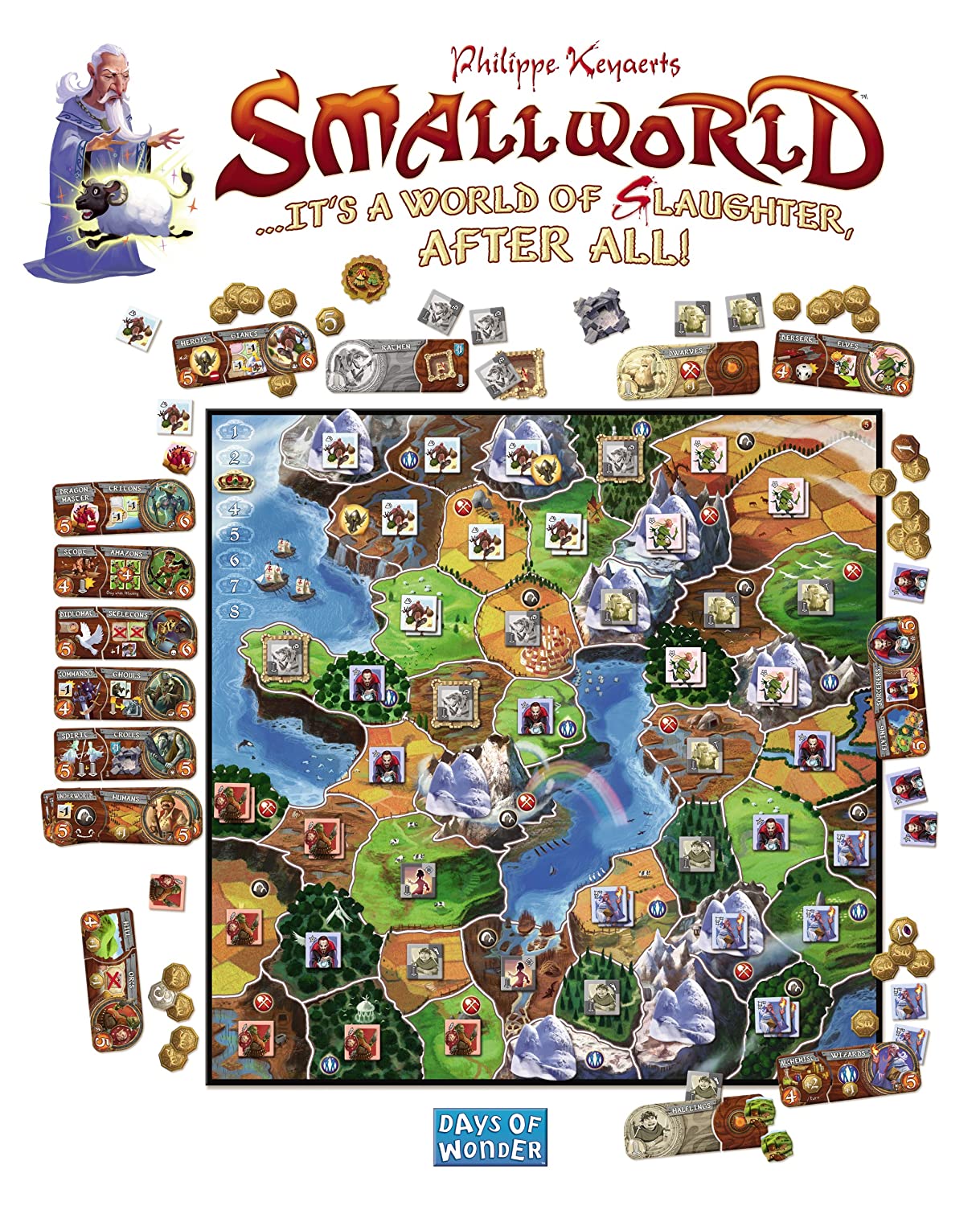 Pick the right combination from the 14 different fantasy races and 20 unique special powers. Players rush to expand their empires – often at the expense of weaker neighbors. Yet they must also know when to push their own over-extended civilization into decline and ride a new one to victory!

On each turn, you either use the multiple tiles of your chosen race (type of creatures) to occupy adjacent (normally) territories – possibly defeating weaker enemy races along the way, or you give up on your race letting it go “into decline”. A race in decline is designated by flipping the tiles over to their black-and-white side.

At the end of your turn, you score one point (coin) for each territory your races occupy. You may have one active race and one race in decline on the board at the same time. Your occupation total can vary depend on the special abilities of your race and the territories they occupy. After the final round, the player with the most coins wins. 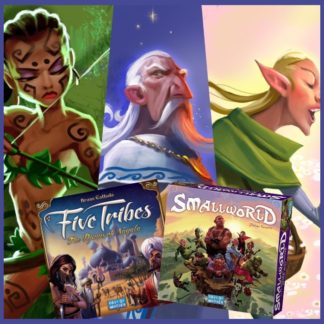