Insert compatible with Dinosaur Island Extreme Edition®. The design provides both efficient storage and improved game play. Many of the trays can be utilised during the game, and they greatly aid set-up and clear-away times. The rules and boards act as a lid on top of the trays.

For this insert the game boards go on the bottom and the insert trays on top, as noted above. Once all trays are placed inside, next goes the rulebook. After this should go the visitor bag, with the knots from the string tucked into the spaces as shown. Lastly the fast pass wrist band is placed over the string. The box is then fully loaded, and the lid will close flush and the game can be stored vertically.

This same insert also works with the Totally Liquid Extreme Edition® expansion. If you own both sets you will need two inserts to store them. 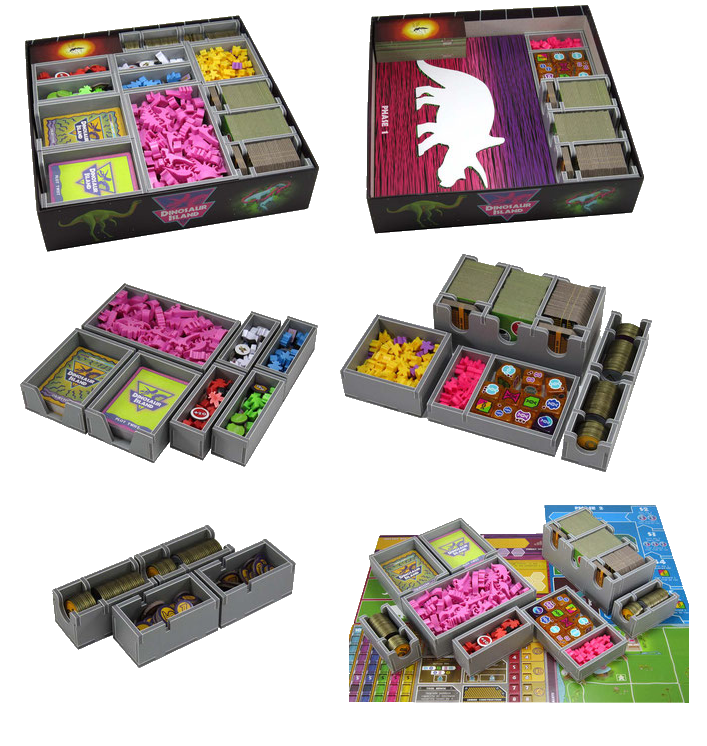 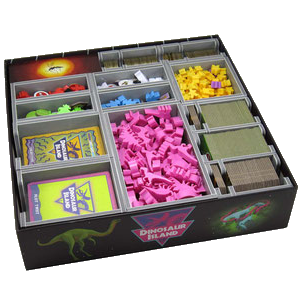