Dixit is a card game created by Jean-Louis Roubira, and published by Libellud. Using a deck of cards illustrated with dreamlike images, players select cards that match a title suggested by the “storyteller”, and attempt to guess which card the “storyteller” selected. The game was introduced in 2008. Dixit won the 2010 Spiel des Jahres award.

Each player starts the game with six random cards. Players then take turns being the storyteller. The player whose turn it is to be storyteller looks at the six images in his or her hand. From one of these, he or she makes up a sentence or phrase that might describe it and says it out loud (without showing the card to the other players). 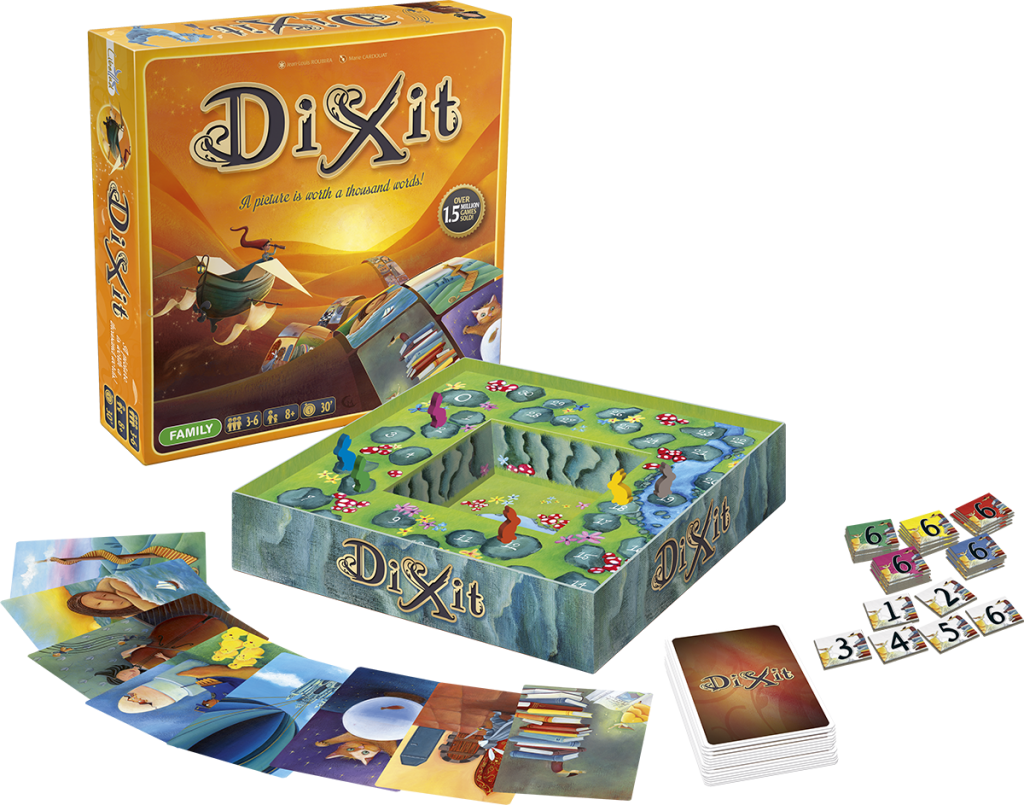 Each other player then selects from among their own six cards the one that best matches the sentence given by the storyteller. Then, each player gives their selected card to the storyteller, without showing it to the others. The storyteller shuffles his or her chosen card with the cards received from the other players, and all cards are then dealt face up. The players (except for the storyteller) then secretly guess which picture was the storyteller’s, using numbered voting chips. 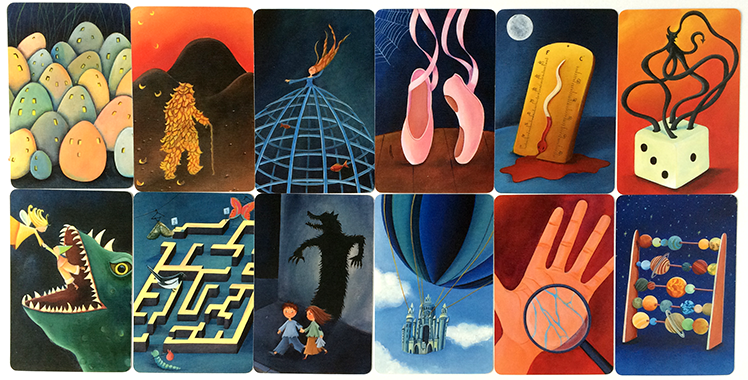 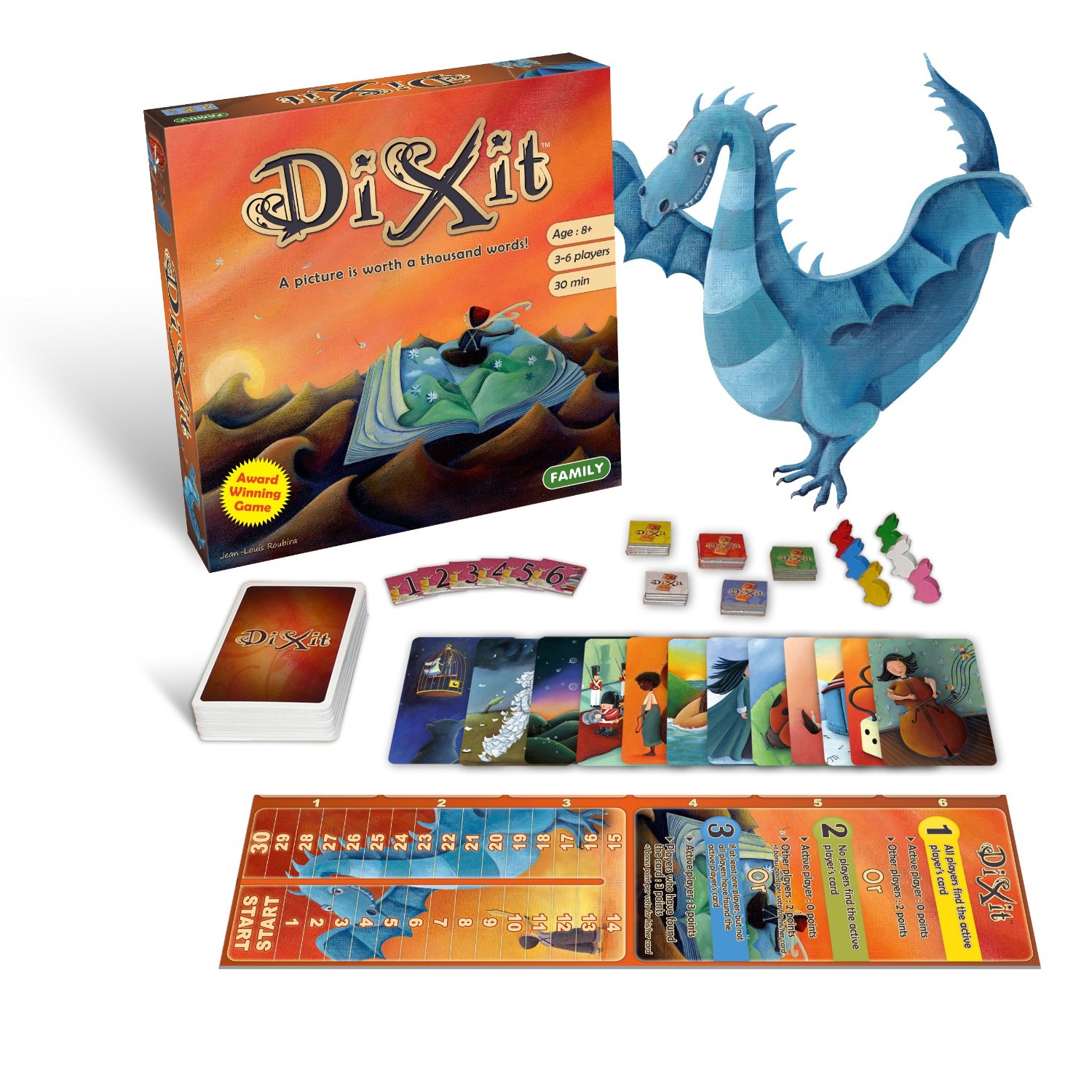 A large part of the skill of the game comes from being able, when acting as the storyteller, to offer a title which is neither too obscure (such that no other player can identify it) nor too obvious (such that every player is able to guess it).

The game ends when a player reaches the end of the board (30 points).
Winkelwagen
Betaalmethode 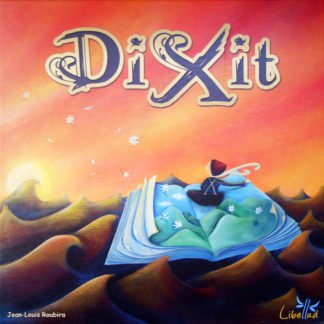