Mysterium: Secrets and Lies is the second expansion for the popular boardgame Mysterium.

Peace has yet to return to Warwick manor… Despite the psychics’ best efforts, the ghost’s soul is still not at rest. Conrad Mac Dowell, renowned astrologer and owner of the house, looked into the more shady aspects of the case. What he found was… unsettling. 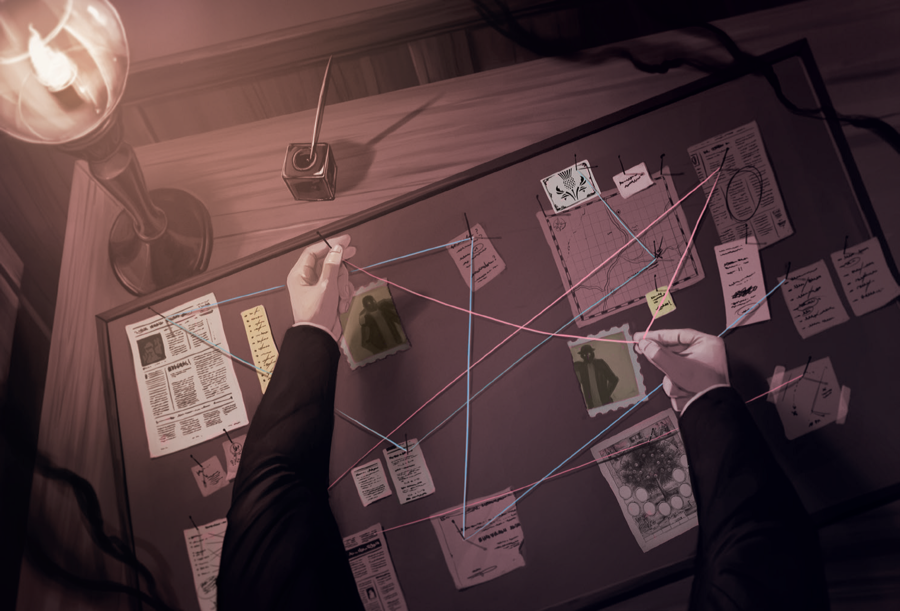 A number of troubling events occurred immediately prior to the ghost’s death. What if they were linked? 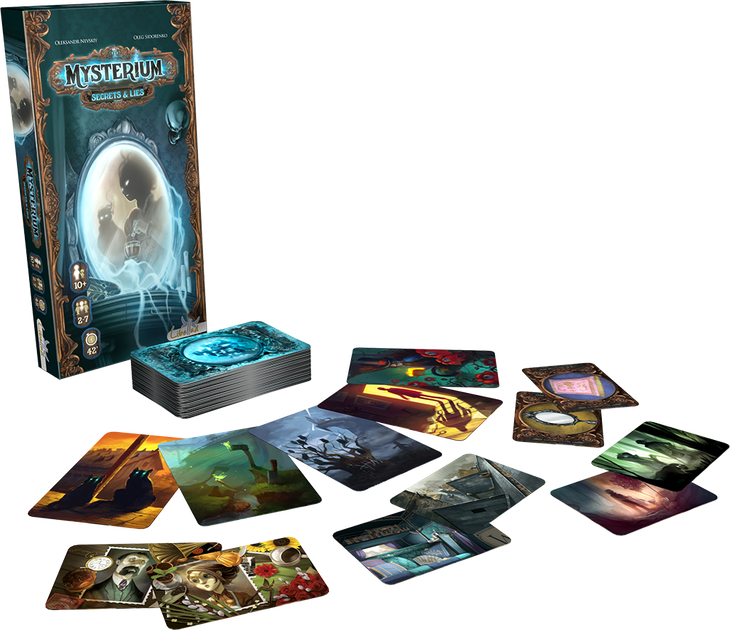 The psychics must gather to investigate not only new suspects, locations and objects, but also strange events. A fire, a drowning, an inheritance, lies… Can we be sure nothing sinister lies behind these incidents? The ghost can summon new visions to help the psychics uncover the secrets surrounding the manor as they conduct their latest séance.

Mysterium, the asymmetric, cooperative mystery-solving game is back with its second expansion: Mysterium: Secrets and Lies.

Enjoy new game configurations with content including 6 suspects, 6 locations and 6 objects, as well as 42 additional visions for use by the ghost. The 19 Story cards* can be used instead of the objects, offering a new way to play.

Step inside, be seated and let your sixth sense guide you! 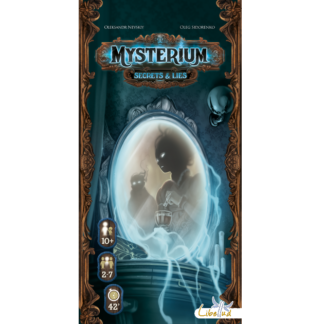