Force users are rare in the time of the Rebellion, with Emperor Palpatine twisting them to his own nefarious purposes. The exception to this is the former Jedi Kanan Jarrus and his young Padawan Ezra Bridger.  Because of their knowledge of the Force, these two heroes can become valuable allies during your Imperial Assault campaign. Recruiting them to your side will take work, but perhaps a common enemy will bring your heroes and these Force users together… 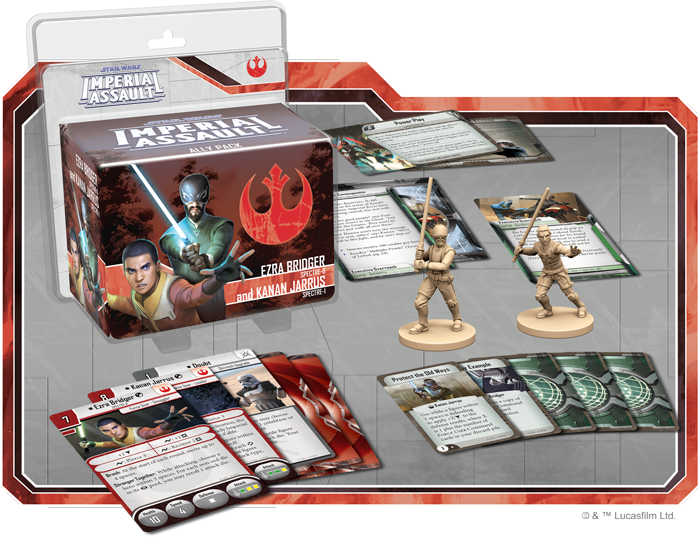 Kanan’s experience in the ways of the Force can add a tactical advantage to your missions. At the start of Kanan’s activation, the Imperial player selects one Imperial group—that group must be activated next, if able. This decision gives Kanan vital information, as he knows which ready Imperial groups he can safely ignore, and which ones are activating next, giving him important potential targets. 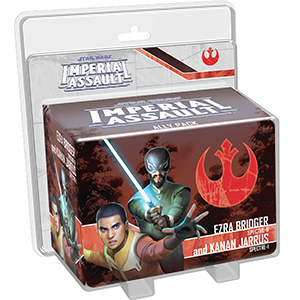 Contrast this with Ezra Bridger’s brashness, which allows him to move up to four spaces at the beginning of each round. While he does not have the foresight of his mentor, his pure speed can get him into the perfect position at the start of a round.

Welcome these Force users into your campaign with the Ezra Bridger and Kanan Jarrus Ally Pack!