This expansion contains one unpainted, finely detailed soft plastic Luke Skywalker miniature wielding his iconic lightsaber along with a unit card and all the tokens you need to deploy him into battle. 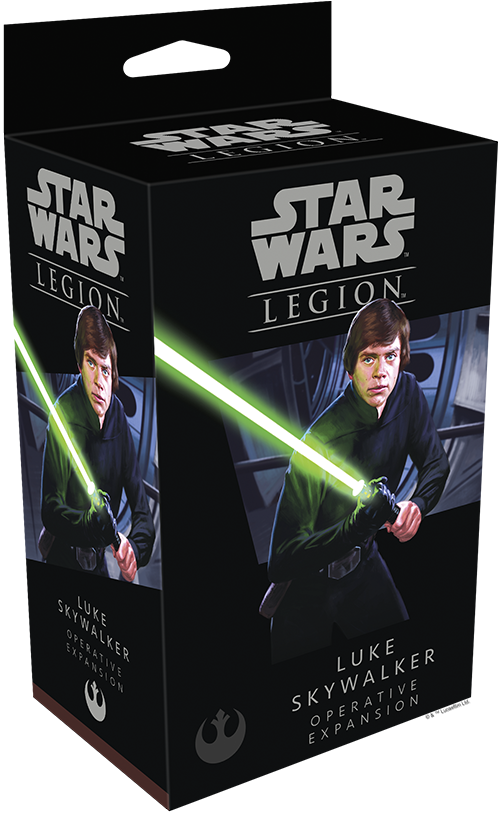 Already a highly skilled combatant, three command cards that can be used interchangeably with Luke Skywalker’s command cards from the Star Wars: Legion Core Set allow Luke Skywalker to augment his prodigious abilities, giving you even more options for using him in the midst of a heated battle.

Finally, four upgrade cards invite you to unlock Luke Skywalker’s full potential, giving you access to even more Force powers and training. Read on for a closer look at everything included in the Luke Skywalker Operative Expansion! 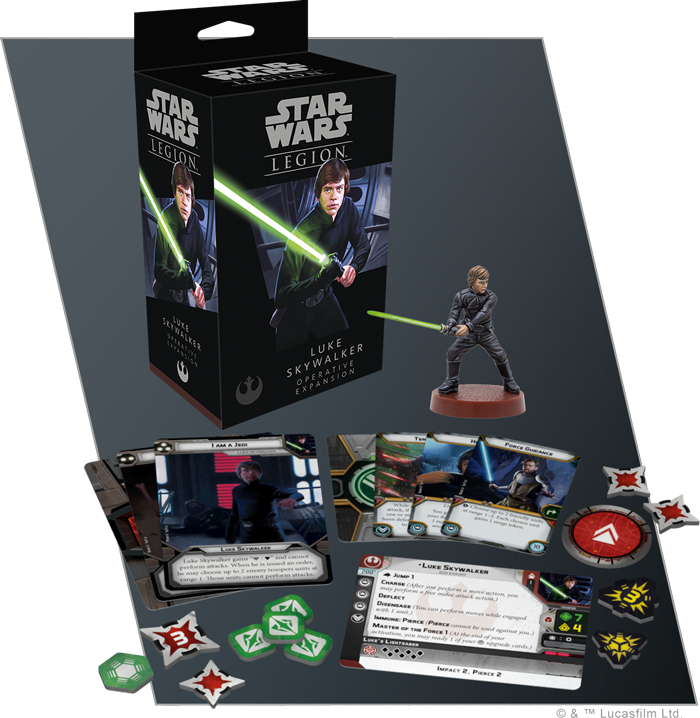 Legacy of the Force

Over the course of the Star Wars saga, Luke Skywalker has evolved from a farmboy on the backwater planet of Tatooine to hero of the Rebellion and, finally, powerful Jedi Knight. As he has made this progression, he has also transitioned from field commander leading Rebel attacks to a solitary figured focused on developing his skills with the Force. It should be no surprise, then, that the more experienced Luke Skywalker found in this Operative Expansion takes a different approach to combat than the plucky blossoming Force user found in the Star Wars: Legion Core Set.

Once wielding both his father’s lightsaber and his own DL-44 blaster pistol, the new version of Luke Skywalker now focuses solely on melee combat with a lightsaber. But Skywalker has honed his skills with this weapon, becoming a true force to be reckoned with. Not only has he shown his worthiness of the title of Jedi Knight by constructing his own lightsaber, this version of Luke Skywalker is also more proficient with the weapon and has even greater potential for dealing damage.

A lightsaber is a powerful weapon capable of dealing devastating damage to almost any target, but a true Jedi only uses their skills to defend themselves from aggressive foes. As a result, the Operative version of Luke Skywalker continues to be able to use their blade to deflect incoming blaster fire that would otherwise pierce through his defenses. But a trained Jedi also knows when to break off a fight and Luke Skywalker can now disengage from a single enemy unit that may be stalling his progress or blocking his escape.

Beyond its obvious benefits in combat, Skywalker’s deepening understanding of the Force has not only broadened the potential ways he can use the Force during a battle, it also means that he can use these abilities more frequently. Far from simply enhancing himself, Luke Skywalker can call upon the power of the Force to aid the entire Rebel army. If he lets the Force flow through him into his fellow troops, he can help  guide  the actions of others, even those who do not share his Force sensitivity. 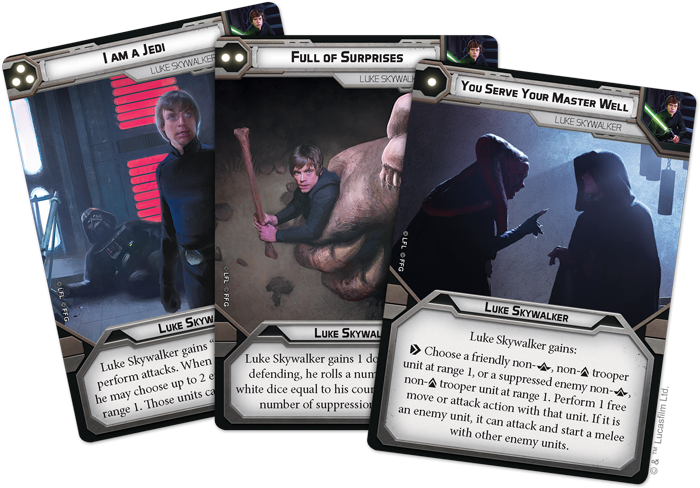 This isn’t the only way that Luke Skywalker can contribute to your overall strategy, of course. In addition to growing more powerful in the Force, the rigors of Jedi training have toughened him and made him all the more courageous. When they meet on the battlefield, then, enemies often find that Skywalker is  Full of Surprises  and can escape seemingly impossible situations.

At the same time, a Jedi Knight like Luke Skywalker can use the Force to influence the weak-minded, bending them to his will. While this power can be used on Skywalker’s fellow Rebels to grant them extra moves and attacks, he can also use it to give the enemy army a new master to serve,  potentially convincing them to attack members of their own army. Similarly, a Jedi must learn to control their aggression, and if Luke Skywalker resists the urge to give into anger,  he can prevent nearby enemy troopers from attacking as well. 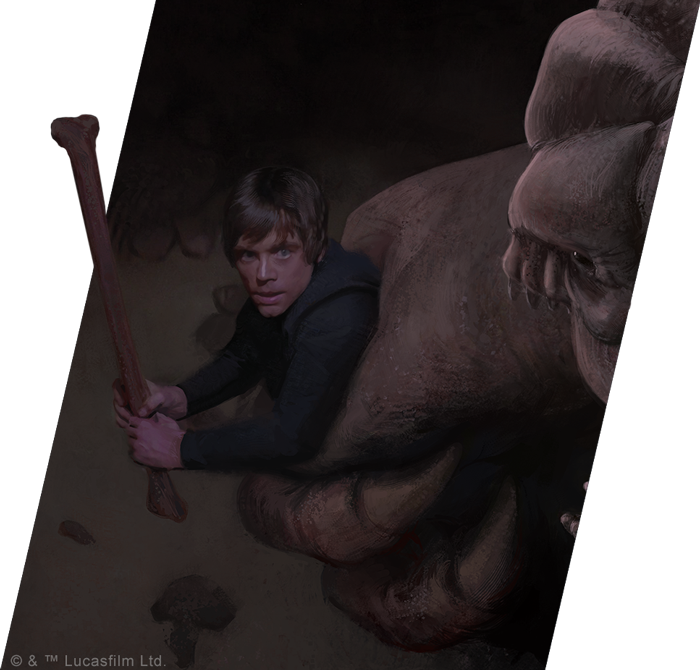 As the first Jedi Knight in a generation, Luke Skywalker has brought hope to countless beings who yearn for the return of peace and justice to galaxy. With the Luke Skywalker Operative Expansion, you can deploy him to your Star Wars: Legion battles at the height of his powers. 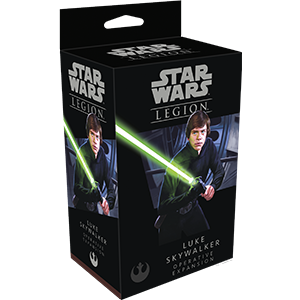