The battles of the Star Wars galaxy are rarely fought simply to gain new territory. No matter if they fight in the Clone Wars or the Galactic Civil War, the soldiers of these conflicts are called to serve in many types of missions, from tense hostage exchanges to payload deliveries to bombing runs. Soon, you’ll be able to send your troops into even more varied engagements. Fantasy Flight Games is happy to announce the Vital Assets Battlefield Expansion for Star Wars™: Legion! 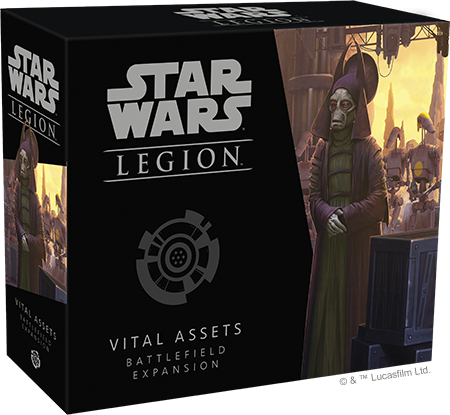 Wherever the battle rages, this pack adds new options to expand the scope of your Star Wars: Legion games. With sixteen finely sculpted battlefield objective miniatures as well as new battle, hostage, and supply cards, this expansion contains everything you need to enhance your battlefield and add new dimensions to your battles in a galaxy far, far away. 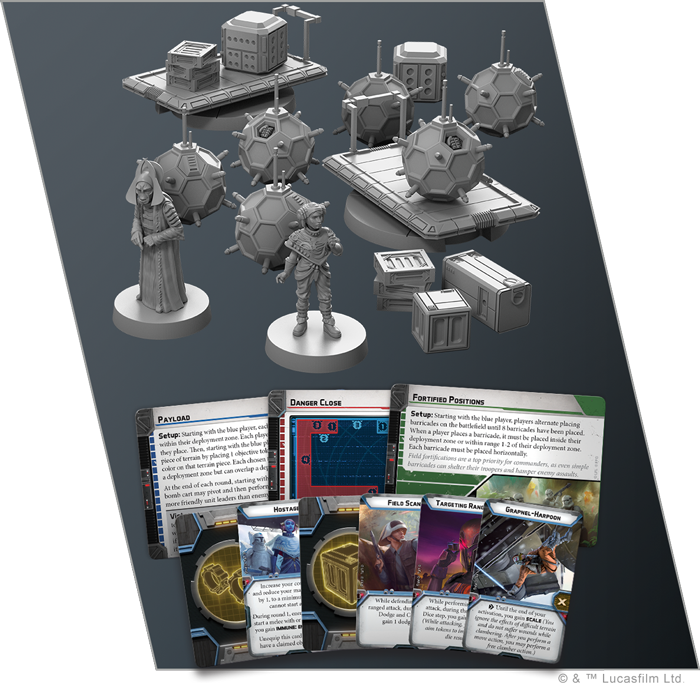 Your Star Wars: Legion battles rage on planets across the galaxy, and while your mission parameters may be clear, there’s no telling what you’ll find once your boots hit the ground. The sixteen objective miniatures you find in this expansion—including two hostages, six bombs, six crates, and two repulsor pallets—can help you create an immersive and thematic battlefiled. Whether you use these miniatures to replace your objective tokens or to simply add Star Wars flavor to your battles, the story of your battle begins to take shape before you deploy your troops with the selection of the battle cards that will define your battlefield and the conditions you’ll be playing under.

With the battle cards in the Core Set and the Clone Wars Core Set, you could be tasked with rallying an army that finds itself in disarray to intercept some valuable transmissions.  With nine new battle cards that outline additional objectives, deployments, and conditions, the Vital Assets Battlefield Expansion adds even more possibilities to your games, letting you play out a wide variety of new missions.

Among the new options, you’ll embark on a delicate Hostage Exchange that tasks you with securing a VIP and transporting them back to your deployment zone. Such exchanges often take place with both sides behind Fortified Positions,  of course, and the barricades this condition card calls for can create plenty of cover for your troops to cover a retreating hostage.

Alternatively, the battlefield could also be littered with useful tools from a Supply Drop.  This condition card introduces a new deck of sixteen supply cards that your units can draw from throughout the battle. Each of these cards provides your unit with a valuable piece of equipment that can support your operations in the field. With some Bacta Capsules,  for example, a non-droid trooper unit can stay operational a little while longer. Similarly, a Field Scanner gives a unit the tactical data they need to take cover at a crucial moment. 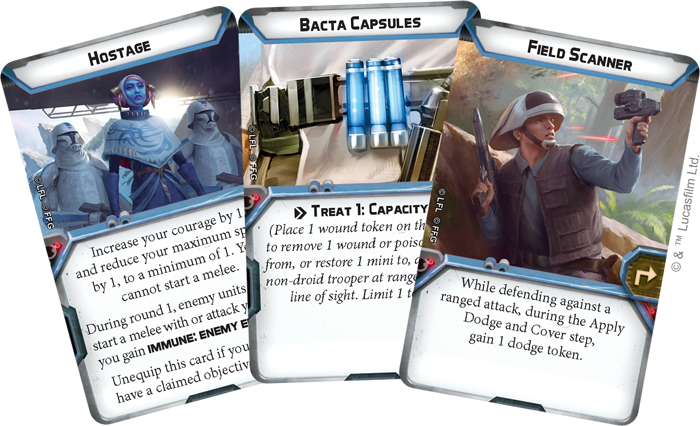 The soldiers of the Star Wars galaxy are trained and ready to fight on any planet under any conditions. Do you have what it takes to adapt to the situation and lead them to victory? 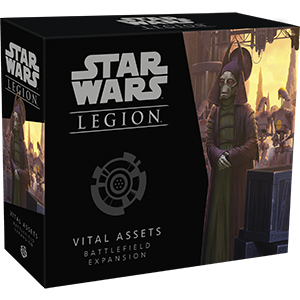