Lead your heroic Crew in an action-packed space adventure!

In the distant future of Arcadia, people have stretched out into the stars. They partnered with other planets to form the Starcadian Alliance. Together, they bring peace throughout the galaxy. However, not everyone wants to play nice.

At the edges of Starcadian space, Supreme Commander Thorne is coalescing his forces, ready to do battle with the Alliance and bring the galaxy under his control. Can our Heroes stop him?

Starcadia Quest is the latest stand-alone game in the Arcadia Quest family. The game employs the same Player vs. Player vs. Enemy mechanic of the originals, but with new rules and theme that are out of this world.

Players take on the role of Crews of two Heroes as they must fight against the evil minions of Supreme Commander Thorne. Over the course of a branching campaign, players will fight alien monsters and each other, find new gear, explore the far reaches of space, and do their best to not become alien chow.

ARRRmada is a modular expansion that can be plugged into and played with any other Starcadia scenario – but players must be extra careful when facing Pirates: for each Pirate Assault card that is activated while any Pirates are on the board, they will steal away some of the Upgrade tokens that would have otherwise been available loot for players!

Featuring a brand new Campaign with 6 new Scenarios against Captain Wet Willy and his mates, new Upgrade tokens and 3 new Game Tiles, ARRRmada offers a ton of new content to your Starcadia experience! 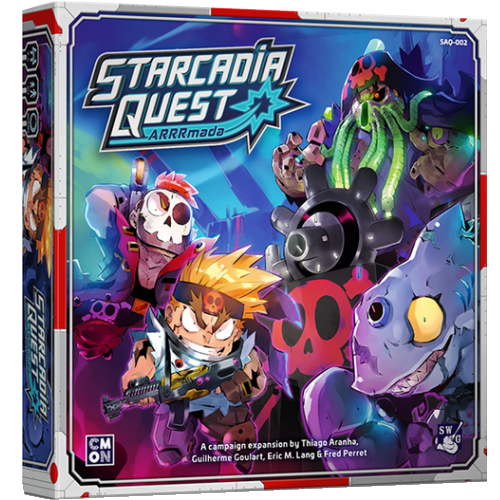 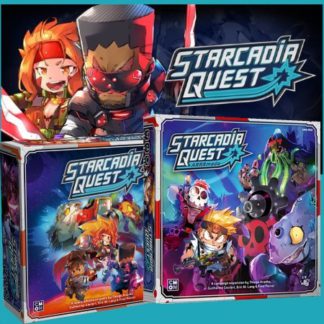