The Lord of the Rings: The Card Game – Beneath the Sands 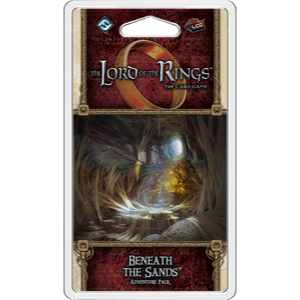 Beneath the Sands is the third Adventure Pack in the Haradrim cycle for The Lord of the Rings: The Card Game.

There’s more than Haradrim to fear among the lands of Harad. There are the jungles and the beasts that lair within them. There are the Orcs and Wargs sent by the Dark Lord of Mordor to patrol the region. And there are the deadly expanses of desert, where the sun and dehydration can kill you slowly, provided you’re not first captured and eaten by the hidden predators that lie in wait.

In Beneath the Sands, several of Middle-earth’s greatest heroes continue their perilous journey through the hostile lands of Harad, only to find evidence of giant spiders that have dragged people under the dunes. Compelled to investigate, your heroes must crawl into the spider’s tunnels, only to navigate a scenario that weaves through a labyrinth of cobweb-choked darkness, blocked passages, and deadly spiders. Time is of the essence, as the spiders’ victims may yet be alive, but you’ll need to be clever and attentive lest you become lost underground.

With scenario-specific rules that allow you to squander your progress when you get off-track, even if you quest successfully, Beneath the Sands places an emphasis upon the game’s questing and exploration in a way that truly allows you to feel trapped in a maze. Fortunately, the Adventure Pack also comes with a new Scout hero and twenty-seven player cards (three copies each of nine different cards) to help you get back onto the proper path—or forge your own. 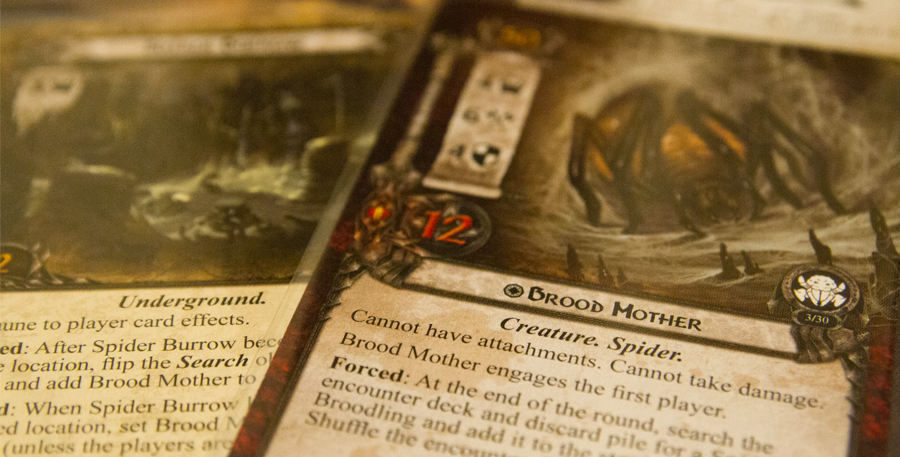