Lord of the Rings LCG Riders of Rohan Starter Deck

Lord of the Rings LCG Riders of Rohan Starter Deck 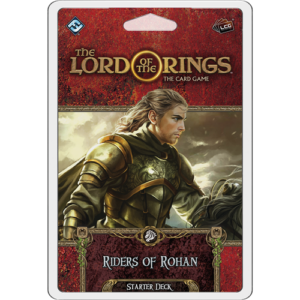 Every adventure begins with the first step. For many new fans of The Lord of the Rings: The Card Game, the Revised Core Set is that first step. But what about the next step? Or, beyond that, what if your friend is the one with the Revised Core Set, and you want a deck to call your very own? Not to worry, because there won’t just be one deck for you to choose from—there will be four!

Each starter deck is built around a different theme and playstyle, and they all can provide the perfect jumping-off point for players who want to try the game with a friend or dabble in deckbuilding beyond what is available in the Revised Core Set. The Riders of Rohan starter deck focuses on hit-and-run tactics and abilities that trigger after allies leave play. In addition to having a fully pre-built player deck that is usable from the moment you open the box, this product also includes multiple additional cards that can be used to enhance any decks you build yourself. Whether you plan to use this deck yourself or lend it to a friend who’s trying the game for the first time, there is no doubt that you will want to add this starter deck to your collection!

Note: For longtime fans of The Lord of the Rings: The Card Game, if you already own all of the game’s expansions, you will not find any new cards in any of the starter decks. However, you may find it helpful to have one of these decks on hand when you introduce a friend to the game, since these decks have been tailor-made for new players. 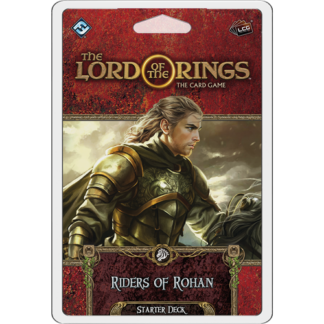