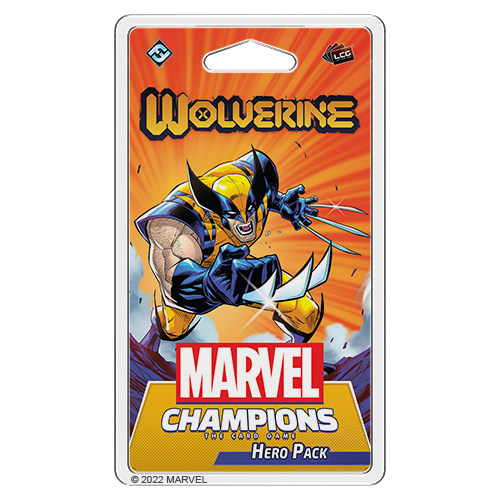 Gifted with a powerful healing factor and armed with adamantium claws that can cut through anything, the hero known as Wolverine is a force to be reckoned with. Though trained as a killer by Weapon X, Wolverine has dedicated his life to helping others as one of the X-Men.

This long-awaited hero slashes his way into battle with this expansion pack, which introduces Wolverine as a new playable hero along with his sixteen signature cards. With a pre-built Aggression deck ready to play from the get-go, you’ll be able to tear your way through the villains and their minions with Wolverine’s high-damage playstyle from the moment you open the box. With his powerful healing factor and refusal to back down, Wolverine is a hero that will keep fighting until the very end. 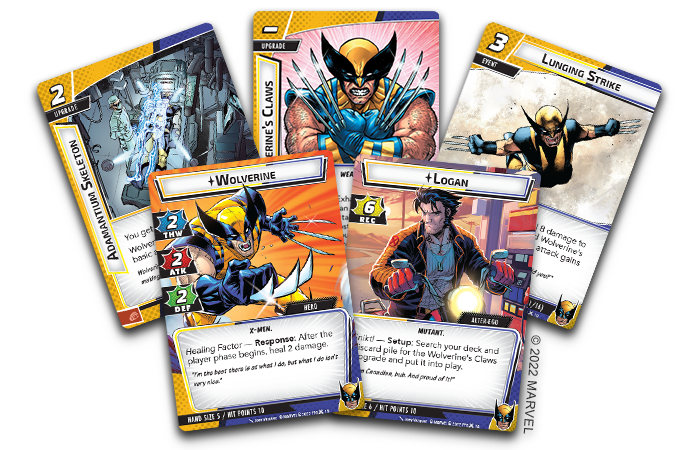 With a superhuman healing factor and adamantium claws at his disposal, it should come as no surprise that Wolverine (Wolverine, 1B) is a hero all about combat. 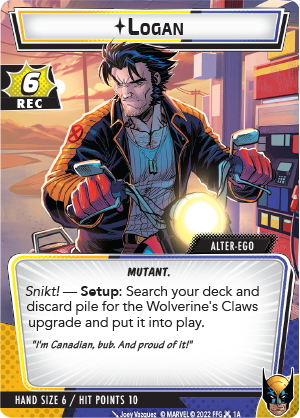 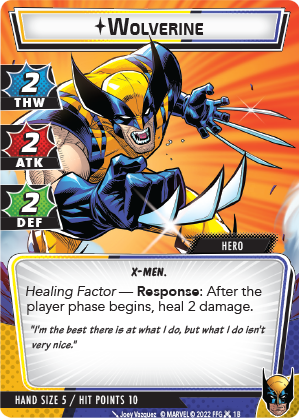 At the start of the game, Logan’s (Wolverine, 1A) ability puts Wolverine’s Claws (Wolverine, 2) into play. As his signature weapons, Wolverine’s claws let him pay for Attack events with his hit points instead of resources. His Healing Factor mitigates this cost by healing 2 damage at the start of the player phase, but you can also make use of his alter-ego form’s massive REC value of 6 in a pinch. You can increase your hit points with cards like Adamantium Skeleton (Wolverine, 4), which will allow you to pay for even more Attack events, and you can use Regenerative Healing (Wolverine, 12) if you start to run low on health but can’t afford to flip to alter-ego. Even if an enemy would defeat you, simply say “I Got Better” (Wolverine, 6) and continue your relentless assault.

The only thing that can really match Wolverine’s durability is his damage output. Berserker Barrage (Wolverine, 8) lets you keep attacking—and defeating—enemies so long as you have the hit points to pay for it, Slice and Dice (Wolverine, 9) gives you two attacks for the price of one, and Lunging Strike (Wolverine, 10) deals heavy damage with a chance at overkill. If your momentum starts to slow down, use Track by Scent (Wolverine, 11) to clear a side scheme and get yourself some more cards to work with. 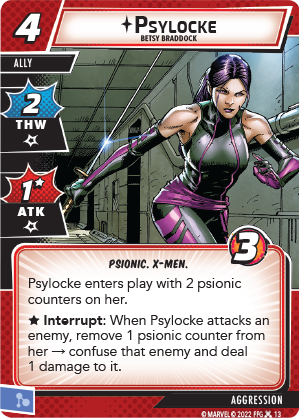 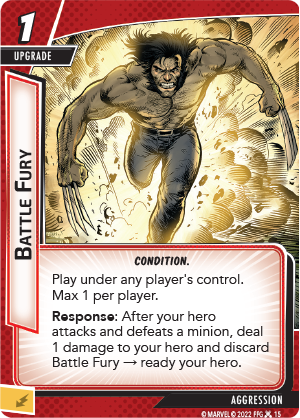 Keeping with his theme of relentless offense, Wolverine’s pre-built deck comes with a full spread of Aggression cards to help him keep his momentum going. Use Battle Fury (Wolverine, 15) in combination with Precision Strike (Wolverine, 18) to heal some damage off of Wolverine and ready him for further assault, then hit the enemy with a Mean Swing (Wolverine, 19) empowered by Warrior Skill (Wolverine, 16) to do a dizzying amount of damage. If the villain’s scheming becomes a problem but you don’t want to stop attacking, call on Psylocke (Wolverine, 13) to help you slow the villain down. Wolverine is typically a loner, but if you happen to have Colossus (Wolverine, 21) on the field (as a hero or ally), you can team up and nail the enemy with a devastating Fastball Special (Wolverine, 23). Few heroes can compare to Wolverine’s sheer damage output; simply cut him loose and watch him cut through the villain’s forces! 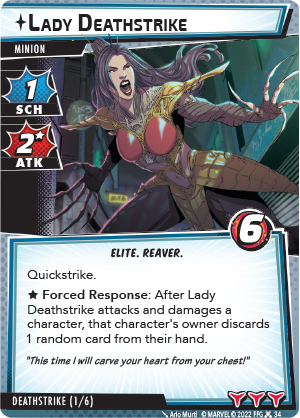 As we mentioned earlier, the Wolverine Hero Pack also includes a brand-new modular encounter set. This set features the dangerous Lady Deathstrike (Wolverine, 34), an Elite minion with quickstrike whose precise attacks can drain your hand of resources at inopportune times. Not even characters with toughness are safe, since her Adamantium Upgrades (Wolverine, 36) give her attacks piercing and a significant power boost. Even when she isn’t in play, Lady Deathstrike’s propensity for Hack ‘n’ Slash (Wolverine, 37) tactics can come up at unexpected times, so you will always have to stay on your toes.

As with all other modular encounter sets, the Lady Deathstrike set can be added to any scenario for some extra challenge. Can you survive this Reaver’s deadly assault? 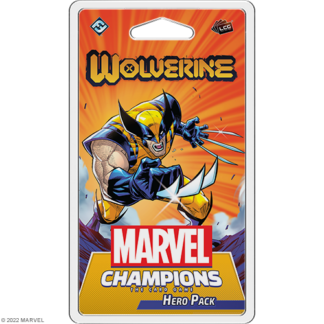