Tactically advancing across the battlefields like inhuman revenants, Imperial death troopers are a terrifying sight. Adorned in jet black armor and carrying an arsenal of weapons and equipment, these troopers are the elite soldiers of the Tarkin Initiative. Trained to be efficient and merciless, they are also rumored to undergo classified medical augmentations. 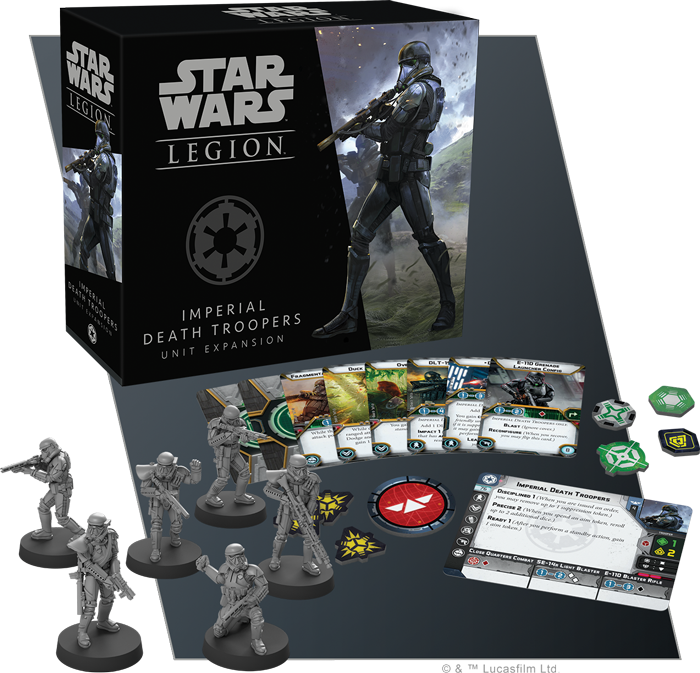 Death trooper candidates are hand-selected from the Stormtrooper Corps by Imperial Intelligence itself and, as such, these elite troops display skills beyond those seen in other Imperial troops. Unfazed by enemy fire, death troopers wade into battle, firing with unmatched precision. They display so much discipline, in fact, that they can remove a suppression token when they are issued an order, keeping them pressing the attack no matter how much adversity they face. 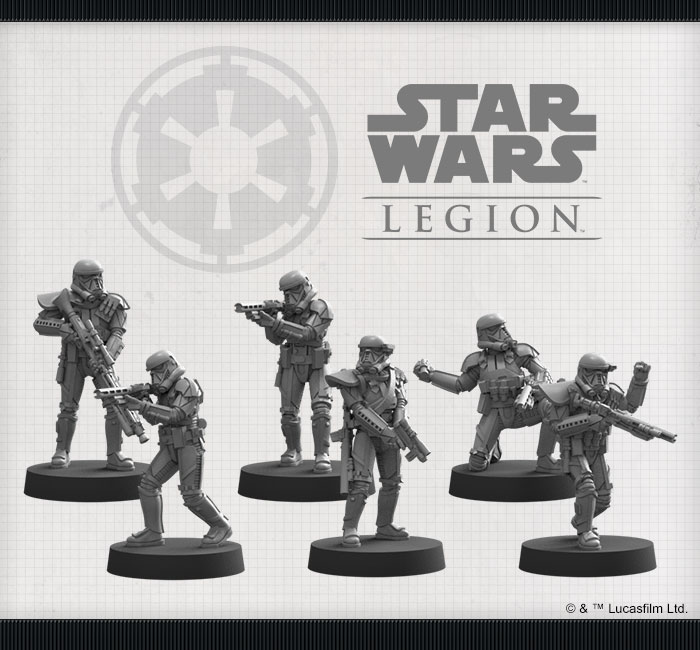 Within the Imperial Death Troopers Unit Expansion, you’ll find everything you need to add a squad of ruthless death troopers to your Imperial army. Six finely sculpted death trooper miniatures are accompanied by a unit card, an assortment of tokens, and an array of upgrade cards that give your death troopers access to even more advanced weaponry.